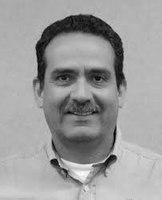 Chief Eddie Reyes has over 26 years of law enforcement service. He retired from the Alexandria (Virginia) Police Department after 25 years of service, rising through the ranks from entry-level police officer to deputy chief in 2009. In January 2017, he joined the Police Foundation – an international policing think tank focusing on science and innovation for the law enforcement discipline – as a Senior Law Enforcement Project Manager. Prior to joining the Police Foundation, Eddie retired from the Amtrak Police Department after serving with them since February 2016. During his time with the Amtrak Police Department, he commanded all field operations and criminal investigations in the Mid-Atlantic Division, which includes all states between Pennsylvania and Florida.

In February 2018, he starts as director of Public Safety Communications (911 Center) in Prince William County, Virginia. He is also chair of the IACP Communications and Technology Committee and represents the IACP on SAFECOM and NPSTC.

During his time at the Alexandria Police Department, he was assigned to the CommTech Program (formerly the AGILE Program) for three years as a fellow. CommTech is a program of the US Department of Justice, Office of Justice Programs, National Institute of Justice. When interoperability was barely recognized at the national level as a critical public safety concern, well before the terrible incidents on September 11th and the Sniper incident that gripped the National Capital Region, NIJ and the AGILE Program laid a critical foundation for policy development, standards, and technology research that is still universally recognized and praised today. He also managed and oversaw public safety radio interoperability operations for the City of Alexandria and continues to be a key player in the National Capital Region on communications, interoperability and data sharing. Before being assigned to AGILE / CommTech, Captain Reyes commanded the Emergency Communications Section of the Alexandria Police Department (APD) for three years.

Locally, Deputy Chief Reyes chaired the Metropolitan Washington Council of Governments (COG) Police Technology Subcommittee. This committee focuses on regional technology issues impacting law enforcement and it reports to the regions’ police chiefs. During his tenure, and in collaboration with the Naval Criminal Investigative Service (NCIS), this subcommittee focused on a regional law enforcement data sharing system that included the regions’ nineteen municipalities and the NCIS.

At the state level, he chaired the VA State Interoperability Executive Committee (SIEC). This committee coordinates interoperability issues statewide through end user collaboration and reports to the Governor through the Office of Commonwealth Preparedness. Focusing on training and standards for public safety communications has been his priority while serving on this committee, including a statewide standardized radio protocol, also known as common language protocol. He has been instrumental in assisting public safety agencies across the country transition from coded radio protocol to a common language protocol. At the national level, he is the immediate past chair of the Law Enforcement Information Management (LEIM) Section of the International Association of Chiefs of Police (IACP). Deputy Chief Reyes is also an active participant and voting member of the National Public Safety Telecommunications Council (NPSTC) and the SAFECOM Executive Committee, representing the International Association of Chiefs of Police on each. He is also an active participant in the IACP’s Communications and Technology Committee.

Deputy Chief Reyes is a graduate of the FBI National Academy, 227th Session in Quantico, VA.

VA Governor Tim Kaine has appointed him to the Virginia Latino Advisory Board and the Commission on Immigration.

Deputy Chief Reyes is a native of New Mexico. He holds a Bachelor’s degree in Criminal Justice from New Mexico State University and is presently working on his Master’s Degree in Public Administration with a concentration in Administration of Justice at George Mason University in Fairfax, VA.