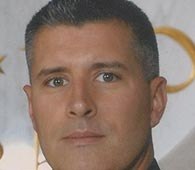 Andrew Eways has been a police officer for more than twenty years and is currently employed by the Aurora (Colo.) Police Department. Prior to moving to Colorado, he served with the Maryland State Police from 1994 to 2011 where he worked in several capacities and rose to the rank of Sergeant, supervising patrol, investigative and covert investigation units.

During his career, he worked Field Operations (Patrol), Criminal Investigations, Organized Crime, Homeland Security, Intelligence and Gang Enforcement, Field Training and other assignments. He worked in both overt and covert capacities and supervised covert investigations, street-level gang and narcotic enforcement operations, and a series of Title III Wiretaps. He has also had the opportunity to work with departments throughout the United States on multi-jurisdictional investigations into organized crime groups, gangs, and terrorist organizations. He has testified as a court-qualified expert witness in numerous gang-related cases ranging from drug conspiracies to homicides.

Eways has also been certified by the Maryland Police and Correctional Training Commission and several court jurisdictions as an expert in criminal gangs and specific organized crime groups. He has provided and continues to provide training to federal, state and local law enforcement agencies in gang recognition, conducting gang and organized crime investigations, domestic terrorism and extremism, tactical narcotics debriefing, Narcoterrorism, and many other related fields. He has also provided expert instruction on Sureno Gangs to members of the Mexican National Police and Federal Agents in Mexico City as part of a delegation of police officers invited to do so by the Department of Homeland Security.

Eways has authored numerous articles about gangs which have been featured in law enforcement publications, law enforcement and correctional websites, and online police magazines. He has also recently co-authored the book BEST: Barrio Eighteenth Street, Mara Salvatrucha, and Other Sureno Gangs Across America, which is currently available for purchase through Police and Fire Publishing. He is a member of several professional organizations and is an executive board member of the International Latino Gang Investigators Association. He is a contributing author for Police1 and an associate instructor for the Homefront Protective Group.