The Art of Discipline 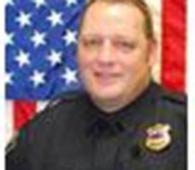 Chief Anthony Powalie is a 20-year veteran with the Painesville Police Department. During his career, he has been assigned to the county’s Bomb Squad and SWAT Team. Powalie has also been a Field Training Officer and Field Training Supervisor, and supervised his department’s street crimes unit. Powalie developed, trained and served as team commander of the Eastern Lake County Multi-Jurisdictional Entry Team. Prior to joining Painesville PD, Powalie worked for seven years as a Corrections Officer with the Sheriff’s Office, two years with the Grand River P.D. and 1 year with the Mentor on the Lake P.D. Powalie’s passion is writing articles and public speaking.