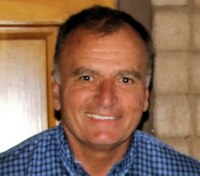 Bruce Praet is the co-founder of Lexipol and a partner with Ferguson, Praet & Sherman, a law firm with over 30 years of specializing in defending police civil matters such as shootings, dog bites and pursuits while representing management in personnel matters. Bruce started his law enforcement career in 1973 as a police officer in Laguna Beach. In 1974, he moved to the Orange Police Department where he worked patrol, detectives, SWAT and K-9. After finishing law school, he went to work as an Assistant General Counsel to the Los Angeles Police Protective League and later served as an Assistant City Attorney for the City of Orange, exclusively handling police litigation. Bruce has been heavily involved with POST committees and curriculum and is a frequent presenter to federal, state and local law enforcement groups across the country.