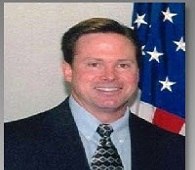 Chuck Joyner was employed by the CIA from 1983 to 1987, a Special Agent with the FBI from 1987 until his retirement in October 2011, and is currently a reserve police officer in Texas. During his career, Chuck worked Violent Crimes & Major Offenders Program, gang task force and training. He was a SWAT team operator, sniper and later served as the SWAT Commander. He has provided firearms, defensive tactics, chemical agent and tactical training to thousands of law enforcement officers and military personnel. Chuck has lectured internationally and throughout the U.S. on myriad law enforcement topics.