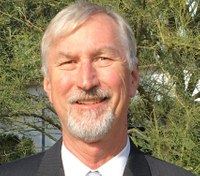 Rick Wall is a retired police chief from Cal State University – Los Angeles. In his 38-year career, he worked for the Los Angeles Police Department, retiring as a captain and the University of Texas-Houston where he oversaw criminal intelligence and threat management. He developed the LAPD’s response protocols to persons in a mental health crisis and oversaw the mental illness project. Rick has worked extensively as an expert in use of force incidents involving the mentally ill and suicide by cop. He has testified before the United States House of Representatives, Committee on the Judiciary, on the impact of the mentally ill on law enforcement and has served on advisory boards of the International Association of Chiefs of Police (IACP) and Police Executive Research Forum (PERF), and currently provides POST training on suicide by cop to law enforcement agencies.