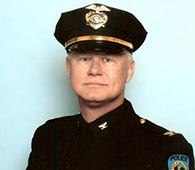 Rob Hall began his law enforcement career in 1994 as a volunteer for the Oklahoma County Sheriff's Office. Hired by the S.O. on January 1, 1995, he was fewer than five months into his career as a cop and just five blocks away from the Murrah Building when it was blown up at 9:02 a.m. on April 19, 1995. That incident defined many things for the rest of his life, including his dedication to law enforcement. In the years that followed, Hall has served as a Patrol Deputy, Drug Investigator (including a four-month stint in deep cover), Homicide Investigator of capital murder cases, Investigations Supervisor, Assistant Chief, and Chief of Police.