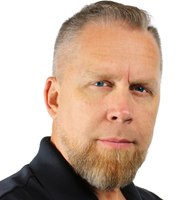 Ron Lyons served many years as a Dallas, Texas, area police officer. During his career, Ron specialized in drug interdiction and DWI enforcement and served in many roles, including K-9 handler, field training officer and drug interdiction specialist. In 1996, Ron set the federal record for the largest single seizure of cocaine in the eastern district. Having graduated Valedictorian of his police academy, Ron continued this trend by earning numerous commendations and awards throughout his career. Currently, he is a writer and the owner of Lyons Tactical & Survival Supply and host of the Lyons Tactical Radio Show on iTunes and Amazon Alexa. When Ron isn't working, he enjoys spending as much time as possible with his family, racing cars and writing music.