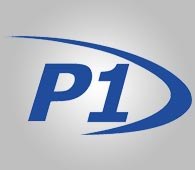 Ross Torquato has been employed as a Brevard County Deputy Sheriff for 18 years and was recently assigned to the Sheriff’s Office Training Unit as a full time instructor for the past five years. Now assigned to road patrol as a Sergeant, Torquato is the primary Use of Force and Defensive Tactics instructor for the 800-sworn deputies in the Sheriff’s Office.

During his time at the Sheriff’s Office, he has taught Defensive Tactics, Firearms, and Use of Force within the Department, at the local academy, to many of the areas agencies and has presented at several international law enforcement conferences to include ASLET, IALEFI, and ILEETA. He has taught self defense courses for several years based on his experiences as Law Enforcement officer.

Ross was a member of his department’s Special Weapons and Tactics Unit for 11 years. During that time, Ross served as an entry team member, his primary duty is to secure and control physically resistant subjects. He also served as the team’s primary Defensive Tactics and Firearms instructor. Ross was given the position of Team Leader for two years prior to his resigning from the team.