The National Law Enforcement and First Responder Wellness Center was founded by Ken Beyer, a firefighter with long-term personal sobriety, who recognized early on that addiction, mental health issues, including suicide, plague first responders at a greater rate than other segments of the general population. Ken began to work with those suffering from addiction very quietly and coordinated get them inpatient help. Ken attributes his many years of sobriety to his connection to Father Joesph Martin and Lora Mae Abraham, who founded Father Martin's Ashley in Havre de Grace, Maryland. In his early sobriety, he began working at Father Martin's Ashley, where he remained for sixteen years before opening up The National Law Enforcement and First Responder Wellness Center.

The National Law Enforcement and First Responder Wellness Center gives special attention to Peer Support, both while in treatment and after discharge. Our First Responder treatment team will establish connections in the patient's hometown with peers in the same job who are in recovery. Assisting police departments with interventions by our trained law enforcement interventionist is provided generally at no charge.

Life saving treatment that prepares our First Responder patient to mission ready status and helps them get to the finish line goal of retirement. Living healthy during the retirement years is the ultimate prize. 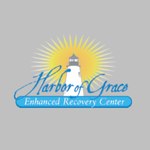