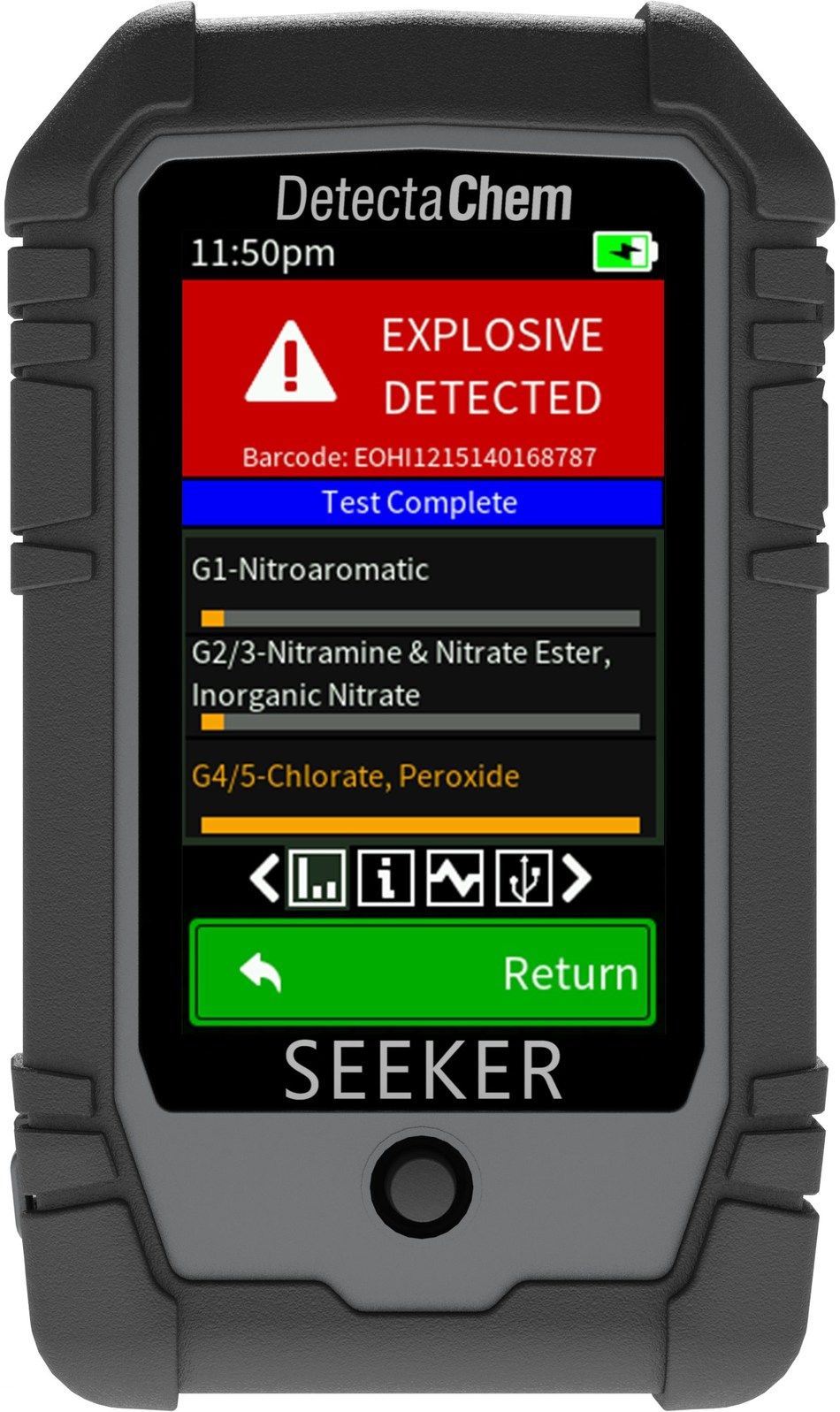 DetectaChem takes supreme pride in delivering and supporting the next generation of handheld detection tools for the brave men and women of the U.S. Navy.

About DetectaChem
DetectaChem is a Texas, USA-based privately-held company and manufacturer of rapidly deployable, handheld, intelligent, and easy-to-operate detection systems deployed globally. DetectaChem products are simple to use and maintain, yet sophisticated in function and design. DetectaChem is proud to be a strong supporter of the U.S. military, law enforcement and all first responders that protect our country. More information at www.DetectaChem.com.