Why C4I is the key to operational success

The ability to ensure that command, control, communication, computation and information is harnessed in one place is of paramount importance for public safety

Situational awareness is a key requirement in maintaining the upper hand when responding to any emergency, human-made or natural. C4I ‒ the ability to ensure and maintain command, control, communication, computation and information is harnessed in one place ‒ is of paramount importance for public safety. This article reviews the operational methodology that enables law enforcement agencies to achieve C4I, and how the concepts of situational awareness in the field can also drive effective incident support from the command center.

Situational awareness on the street

In a law enforcement context, situational awareness means having a clear tactical understanding and recognition of what is going on during interactions with the public; not to be so concentrated on an activity that an officer fails to notice potential dangers occurring outside the focus of his or her attention. One might call it a form of perceptive multi-tasking, in which failure to maintain a continual grasp of the larger situation can lead to missing cues that signal an impending safety hazard.

It’s a concept that has been taught for many years in law enforcement academies and field training, and more recently technology has developed tools that can aid the officer in strengthening intuitive situational awareness.

Situational awareness in the command center

The idea of C4I integrates the perceptive proficiency of the officer in the field with coherent support from tools available to incident command and the communications center.

Timely and accurate information from dispatch to the responding officer is an essential asset to situational awareness, painting a picture of the incident as related by the 9-1-1 caller through the dispatcher to the responder(s), and to tactical incident command if and when that is established at the scene.

The next higher level, when required, is activation of a local or regional command center to support and serve the needs of a growing incident, and it, too, has a place for managerial situational awareness.

The operational methodology of C4I

C4I is best achieved in a joint environment such as a command and control center where local government and allied agencies can interact and then collectively react to changing conditions.

The operating methodology should be an all-hazards incident management approach using the National Incident Command System (NIMS). Taking advantage of the resources of a fixed command center, information flow and distribution through voice, video and data into and throughout the center is streamlined and a much-needed common operating picture is established. A video wall serves as the primary means for such awareness for all assigned personnel to view the video and data updates coming into the center.

This command structure combined with visibility of changing conditions to all personnel enables the sharing of information between allied agencies during incidents that require the activation of the command center.

The common operating picture is also enhanced by the selection and use of a single Incident Command System (ICS) between agencies to allow the seamless passage of information into the field. Under NIMS, the higher organizational structure of a command center reflects basic ICS functions ‒ while ICS is a field-based tactical communications system, NIMS provides a system for managing the event at necessarily higher levels.

In terms of situational awareness, the same way an officer is attuned to being attentive to threats during field contacts, so the ongoing and consistent update of changing conditions recognized by the command center will inform tactics, safety and protocols when relayed to field commanders.

The speed with which information can be collected, collated and developed into actionable information and intelligence contributes to the success of any operation. The production of Incident Action Plans (IAPs), as well as maintaining resource accountability throughout the incident, enhances tactical and operational awareness. The functional and flexible nature of ICS directs command centers to deliver updates through the incident command system’s chain of command, thereby maintaining a correct span of control and timeliness of information delivery within the command system.

Today’s C41-capable information systems are being developed to enhance the command center’s ability to access and navigate the wealth of actionable data coming into the center, which can then be delivered in a timely manner to designated commanders in the field.

Pre-loaded functionalities such as adding operational checklists based on location or incident type, uploading files and SOPs, as well as incorporating CAD-generated triggers that lead to alerts and automatically launched plans, create a fine-tuned and interactive system of incident command that coordinates with field responders and command staff to maintain a coherent situational management of all aspects occurring at an incident. This supports responder safety and integrated operations between the field the command center, local government and other involved entities.

About the author
Randall D. Larson retired after 20 years in public safety communications, serving as a shift supervisor, trainer and field communications supervisor for the San Jose (Calif.) Fire Department. Larson was also the editor of 9-1-1 Magazine from 1995 to 2009 and its online version from 2009 to 2018. He currently resides among the northern California Redwoods writing in a number of fields of interest. 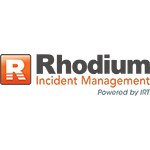