One of the most controversial issues associated with the police use of body-worn cameras is whether officers should be allowed to review the video from their cameras before writing reports on the incident. The police mostly want to be able to see the video before they start writing, while civil rights advocates and the criminal defense community oppose this practice.

Police officers quickly become accustomed to having their veracity questioned in court and elsewhere. The suspect in the field claims that the heroin the officer recovered from his shirt pocket was planted there. A traffic violator accuses the state trooper of padding the speed estimation of the violator’s vehicle so as to make his quota for the month. The officer who is testifying in court after having been up for nearly 24 hours working an overnight shift, gets prodded by the defense when he says under oath that there were three people in the car he stopped, when his report mentions four.

Memory is a volatile resource. We have all had the experience of having seen someone who is familiar to us in a situation that is out of context for our relationship with that person. Why is it that when you see the lady at the mall and know you are acquainted with them, you don’t recall them sitting next to you in high school geometry until four days later? Why did you remember this then, and not when you saw them?

Most lapses of memory are like this, and don’t have any significant impact on anyone’s life. However, the minor details of a police officer’s recall of events can determine whether a criminal escapes responsibility for his actions, or if someone might be punished for something they didn’t do.

Memory is also tainted by our emotional state, and the most critical incidents officers experience are fraught with stressful elements. If a suspect resists arrest, the officer may have to shift from having an everyday conversation to fighting for his life. The well-known phenomena of auditory and visual exclusion cause officers to fail to recall elements that were clearly present and evident to everyone except him. He may be accused of lying if he fails to mention these elements in his report, when in fact he is being completely truthful. The report based solely on his recall is an account of what he remembers, which is not necessarily everything that actually happened.

The availability of video evidence represents an opportunity to make police reports more factual and representative of what actually happened, not just what the report author recalls. In an incident that involves multiple witnesses, it’s a common practice to have the witnesses write statements of their knowledge and observations of what happened. The officer who writes the crime report will usually review these statements, and summarize each statement in his own report. The statements may also provide the officer with additional insight, to information that was either unavailable to him or that he did not perceive prior to reading the statement. A video record is a kind of statement, one made by a completely unbiased witness in the form of a camera. There is no reason to exclude this account from the person who is charged with documenting what happened.

Detractors of this practice often insist that the officer’s state of mind is an important element in the case, and that his recall of the incident is potentially affected by that perception. If the officer has a bias against people of a certain ethnicity, he may view their conduct in the harshest possible light, and slant anything he observes about them to their detriment.

It’s interesting that these same advocates of keeping the officer from reviewing his own video often insist on seeing the video themselves, and as quickly as possible after the incident. They suggest that the police will edit or delete video that shows the police misbehaved in any way. These claims of altering the evidence often persist even after the video is released, and show that the misconduct was their own, not that of the police.

There may not be a happy medium here. Critics of the police will always be looking for a way to play “gotcha” with officers they believe are treating them unfairly. There also may be times when it is appropriate for officers to make some kind of statement prior to reviewing video of the incident under investigation.

One intermediate step could be to have supervisors conduct an interview with officers involved in situations where misconduct is alleged, or when a case looks to have controversial potential. If the interview is done before the officer has reviewed any video or completed his written report, the supervisor can assess this supposedly critical state of mind. The supervisor, having the perspective of an experienced police officer, can better determine whether the officer acted properly and with the appropriate level of restraint for the situation. The supervisor will also have a better understanding of the dynamics of a critical incident, and the effect the stresses therein can have on recall and perception.

Once this interview has been completed, the officer can be allowed to review the video prior to completing his written report, if there is to be one.

The purpose of a police report is to make the best, most factually accurate record of what happened in an incident. It should be a reliable account for prosecutors, judges and defense attorneys to use to determine the proper resolution of the matter. Allowing police officers access to all of the evidence pertinent to the case and available at the time the report is written just makes good sense.

Tim Dees is a writer, editor, trainer and former law enforcement officer. After 15 years as a police officer with the Reno Police Department and elsewhere in northern Nevada, Tim taught criminal justice as a full-time professor and instructor at colleges in Wisconsin, West Virginia, Georgia and Oregon. He was also a regional training coordinator for the Oregon Dept. of Public Safety Standards & Training, providing in-service training to 65 criminal justice agencies in central and eastern Oregon.

Tim has written more than 800 articles for nearly every national law enforcement publication in the United States. He is the author of The Truth About Cops, a collection of answers written for Quora.com. He now writes on police applications of technology in law enforcement from his home in SE Washington state.

Tim holds a bachelor’s degree in biological science from San José State University, a master’s degree in criminal justice from The University of Alabama, and the Certified Protection Professional credential from ASIS International. He can be reached at tim@timdees.com. 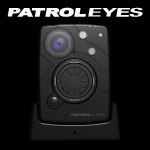