Passion for the Job

Thermal imaging technology can assist during low-light conditions, but officers need to realistically train on the use of these devices

Statistics and intuition tell us that operations in darkness and low light are most dangerous to officers. Even day shift officers enter dark places. Equipment for low-light operations takes a variety of forms, but training for those conditions with the equipment trails behind the technology.

Most agencies train in low-light shooting, but whether searching for a prowler or a lost child, conducting surveillance or clearing a building, uses for enhanced vision in low-light conditions are frequent enough to deserve a place in basic and in-service training beyond shooting with a flashlight.

Instructors should emphasize the essential differences between daylight and low-light operations. The primary factors are the physical limitations of the body. The mechanics of sight are first to come to mind, but spatial perception, target identification and even walking are more difficult in low light and require a slower, more deliberate process. Communication with all officers in an area of operation is paramount in low light.

Principles of light, shadow, backlight and varying light intensity are also essential for the night operator to master. The view from the potential adversary who may have the advantage in near darkness is the most critical perspective. Identifying cover and concealment is much more complicated and takes practice. Casting shadows, inadvertently illuminating or backlighting a partner, and allowing time for the eye to adjust can create tactical challenges to stealth and survival. The tendency to respond to sound, movement, or muzzle flash can tempt an officer to give away their position or even engage lethal fire with an uncertain target that may even be a fellow officer.

Night vision goggles, sights and viewers have come a long way from the heavy, battery-devouring Army surplus items never seen by an officer on patrol. Improved technology and steadily lowering costs have brought low-light technology to a patrol level utility. Since the primary night operations for patrol officers is looking for humans, thermal imaging devices are the most likely purchase.

Trainers can use scenarios to introduce officers to the use and advantages of thermal imaging devices. Doing stealthy reconnaissance in building searches that look for the heat signatures of intruders or those hiding can increase the safety of those operations. Scanning fields or yards for missing children can be done more efficiently and safely using thermal imaging. Officers can determine the relative recency of a vehicle use by the heat signature of its engine.

Here are three scenarios a police trainer can use for low-light training:

This scenario requires two role players, evaluator and officer team, access to an infrared illuminating device, and a safe area to conduct a nighttime search for fleeing suspects.

The scenario will take place during hours of actual darkness. Role players will hide in the area. Officer is dispatched to a call of an attempted burglary where a homeowner described hearing glass break, then heard the sound of footsteps running away after the homeowner turned on an interior light. There is no description of the suspect or suspects.

Responding officer will be evaluated on their efficiency in setting up a perimeter, and their use of available assets such as K-9, air support and heat-sensing device used for low-light conditions.

Evaluator should remember that the “hide and seek” portion of the scenario is not the skill being tested, but practiced use of tactics such as establishing a perimeter that identifies assisting officers’ safely and avoids a potential crossfire, and use of assets such as the thermal imaging device.

An outcome of the exercise is that the value of thermal imaging will become apparent when used to locate two suspects, even if the officer was only looking for one, and that the suspect search can be done more safely by allowing distance and cover to be used.

The scenario could be altered to seek a missing child during darkness, with emphasis on appropriate area search techniques in a low-threat environment.

This scenario requires at least one role player and a vehicle for the role player to use, an evaluator and access to a thermal imaging device.

The training area should be a controlled parking lot with multiple vehicles present. The scenario takes place during hours of darkness.

In advance the role player will drive a vehicle for a period of time to warm up the engine, simulating a vehicle that had been running for a while at high speed.

The officer is dispatched to respond to an area where officers in pursuit of a vehicle suspected of being operated by an impaired driver lost sight of the suspect vehicle. A search of the parking area is made to attempt to locate the suspect vehicle.

Officer will be evaluated on implementation of an appropriate perimeter or search area, and on the use of the thermal imaging device to scan the parked cars, noting the greatest heat signature that would indicate the possible suspect vehicle, then taking appropriate steps to approach the vehicle to check for occupancy (the role player will have abandoned the vehicle). A search for the driver or occupants may or may not be incorporated into the scenario.

This scenario requires at least one role player, a dark building interior and access to a thermal imaging device.

The role player will take a hidden position inside the building. The officer will be dispatched to a silent burglar alarm and a possible burglary in progress with the perpetrator still in the building.

The lead officer will be evaluated on securing the scene, obtaining necessary equipment including the thermal imaging device and utilizing personnel to cover potential points of suspect flight, as well as utilizing a spotter system in a team approach for the person using a thermal device.

Conducting training exercises using thermal imaging optics can increase both the effectiveness of operations and officer safety in low-light conditions.

Joel Shults operates Street Smart Training and is the founder of the National Center for Police Advocacy. He retired as Chief of Police in Colorado. Over his 30-year career in uniformed law enforcement and criminal justice education, Joel served in a variety of roles: academy instructor, police chaplain, deputy coroner, investigator, community relations officer, college professor and police chief, among others. Shults earned his doctorate in Educational Leadership and Policy Analysis from the University of Missouri, with a graduate degree in Public Services Administration and bachelors in Criminal Justice Administration from the University of Central Missouri. In addition to service with the U.S. Army military police and CID, Shults has done observational studies with over 50 police agencies across the country. He has served on a number of advisory and advocacy boards, including the Colorado POST curriculum committee, as a subject matter expert.

His latest book The Badge and the Brain is available at www.joelshults.com. 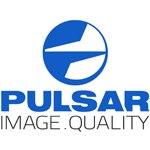