Company footprint and brand expected to grow because of new distributor relationship. 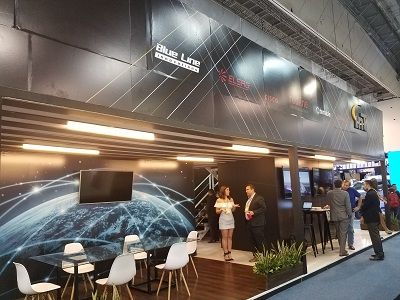 INTT2 first learned about Blue Line Innovations’ world’s first and only 360° camera technology at the 2017 International Chiefs of Police Conference. The relationship kicked off with an initial purchase of 350-Warrior 360° body cameras, several Sentinel 360° in-car cameras and Fortify™ digital case and evidence management technologyto be used by the Queretaro City police department. An additional order of approximately 520 Warriors body cameras transpired to a large agency in Central Mexico.

International Sales Representative, Jeff Oost participated with INTT2 Technologies at the 2018 Seguridad Expo in Mexico City, the largest exhibition of security products and solutions in Latin America, where manufacturers, distributors, integrators along with national and international users meet.

“We are thrilled with our relationship with Blue Line Innovations. It is the patented 360° camera technology that sets their product apart from the rest of the market. BLI’s cameras will go far in benefiting the officers who wear them and the community that they represent. They are the only vendor who can provide a 360° solution”, said INTT2 Director of Business Operations, Jorge Morelos.