Don’t be afraid of the dark: A look at night vision technology made with cops in mind

How can you see in the dark without being seen? Steiner Optics has an answer

By Sean Curtis for Police1 BrandFocus

Since World War Two, advances in technology has shed a light on the challenges that darkness presents. Darkness has presented challenges since time immemorial though technology has continued to evolve over the last several decades, since World War Two. We’ve come a long way in night vision technology, in ways that the creative scientists of that era couldn’t even imagine. The creative scientists of that era, who dreamed of helping soldiers see through the curtain of darkness on the battlefield couldn’t have dreamed what night vision technology has become these days. Fast forward to today, modern law enforcement officers can brave the dark with night vision tools that are much smaller, more user-friendly, and far more capable than their predecessors.

Meeting with JP Prins, head law enforcement trainer for the Makhaira Group reminded me of the importance of law enforcement utilizing night vision. Prins trains police agencies across the nation and is very familiar with Steiner Optic’s line of night vision products, the advantages they bring, and common scenarios in which officers may find themselves using the tech.

Prins worked with a large agency which had been using night vision technology to tackle gang enforcement for years. Before Steiner Optics, the officers were not pleased with the technology and complained about not being able to see anything at distances.  Prins looked at what they were using, a good piece of light-amplifying tech, and added a Steiner SPIR illuminator. The gang enforcement officers were able to see so much more and they were amazed.

It’s all in the infrared technology that picks up more light. Generally, night vision technology works under the simple principle of amplifying ambient light that produces a picture for the viewer. 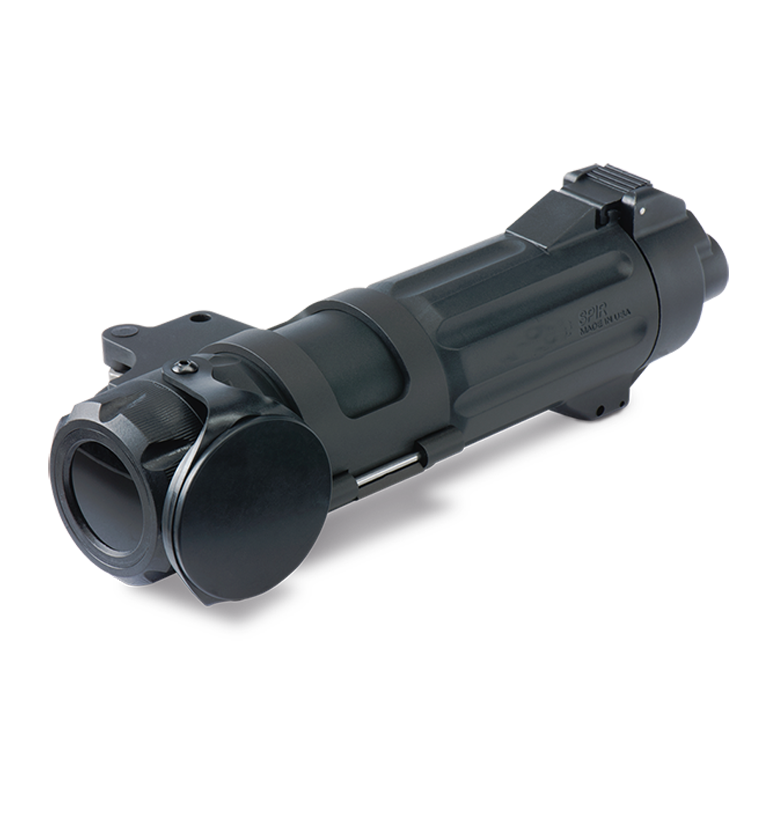 But when things are very dark outside, light amplification can only do so much. The advantage of infrared light is that only the user is able to see the light generated. In other words, think of a tool like SPIR as a flashlight that only you can see. It’s a great tool when you have to be discreet: such as lighting up a drug deal or some other illicit activity. Night vision equipped officers using illuminators can identify, track, and record happenings undetected.

Seeing without being seen

One of the most critical advantages of night vision for law enforcement as Prins explained is spatial awareness, which can be applied to a lot of common scenarios. Regardless of whether an officer in a SWAT, investigations, or patrol role, there are incredible rewards to seeing in the dark. The idea contrasted sharply with the traditional officer using a flashlight at night.

Prins said officers forced to use a flashlight not only limit their situational awareness, but also their spatial awareness. As soon as they activate their flashlight, that beam of light becomes their world.  Add a weapon to the scenario and the stakes become direr. The officer has little choice but to focus on that beam of light in the dark and they can lose track of their complete surroundings and situation. This does nothing to address the obvious officer safety issue of broadcasting your location to those unfriendly foes in the dark.  By adding night vision to the scenario, the officer does not need a flashlight, does not indicate their location, plus they have complete situational and spatial awareness in their environment. 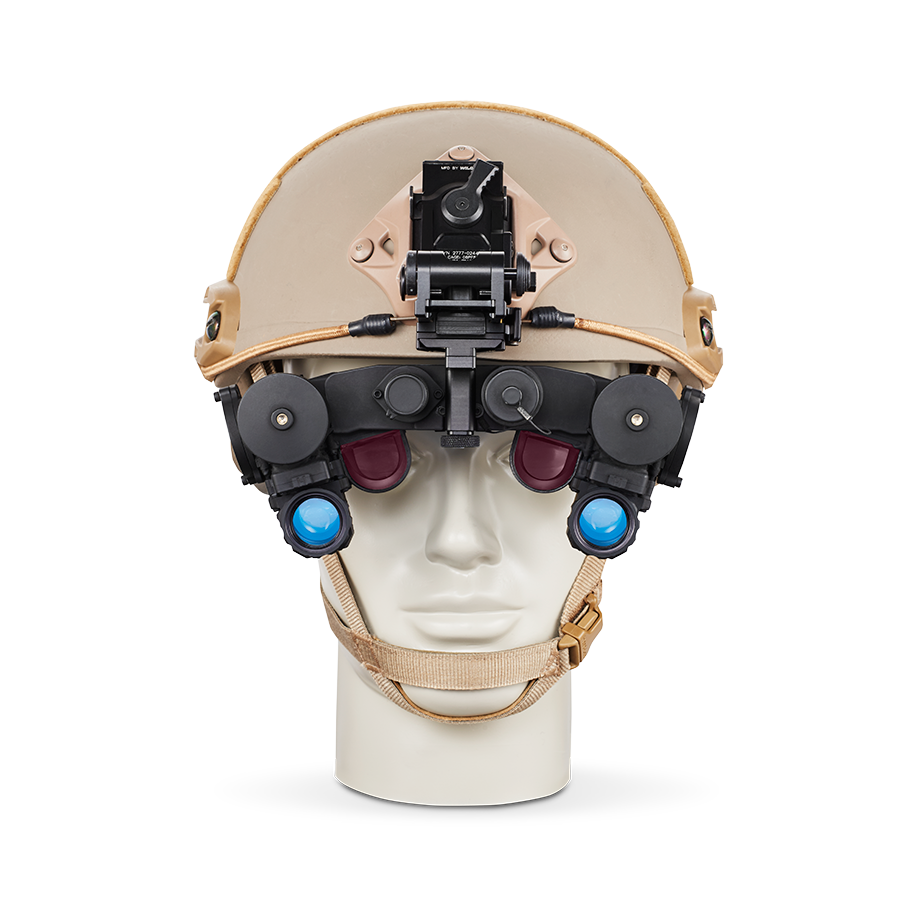 SWAT officers could shut the power down to a building they need to clear, putting everyone within in the dark. By conducting a slow, methodical search with night vision, officers would have the ultimate advantage. Detectives working various investigations could utilize the technology and observe illegal activities in narcotics, human trafficking, and other cases where darkness adds a layer of secrecy and safety.

Prins pointed out how a street officer on containment or perimeter increases their safety when using night vision. Such officers can remain unseen at their assigned position and have a complete advantage, only revealing themselves when it is too late for a suspect to escape.

Using night vision-enabled binoculars can also be a benefit. Steiner’s PVS-21 is an incredible unit that mounts to the officer’s helmet and covers each eye. Though not very heavy or bulky, the tactical benefit of binocular vision over a single eye-piece unit is depth perception. Prins pointed out some military and law enforcement units can operate vehicles, even aircraft with proper depth perception. Anything less than this creates risk because only one eye has the advantage of night vision. 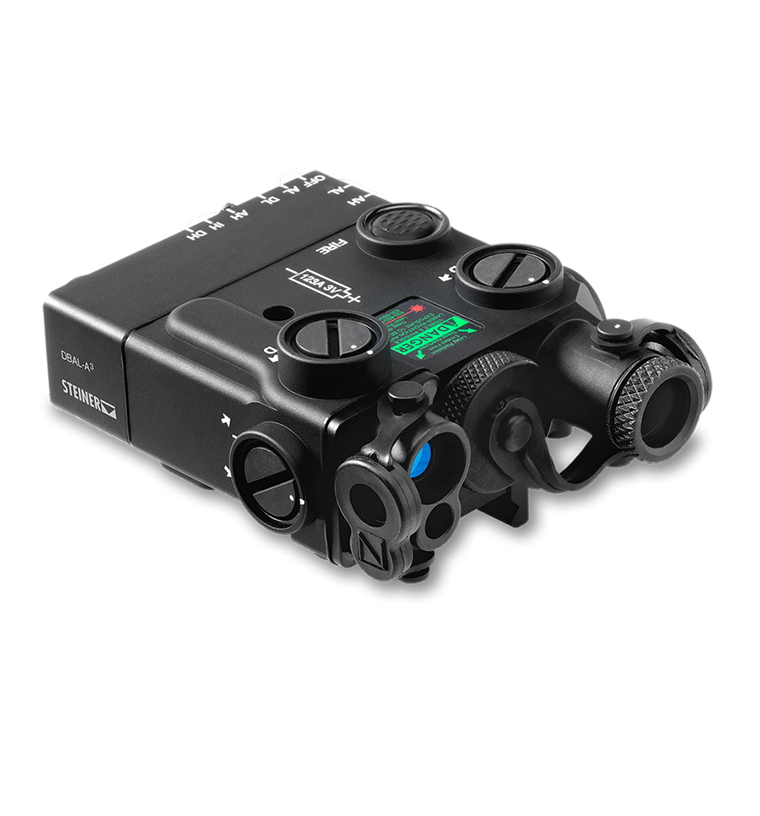 Additionally, these devices are equipped with IR pointers. While illuminators are great for highlighting an area of interest, Prins said the pointers can indicate very specific targets.  Some of the devices even have specific shapes such as squares which can be used to point out a single person, a window on the fourth floor, or a car parked in a lot. Being able to communicate with unseen indicators and illuminators gives officers a tactical advantage previously unheard of in dark or low-light situations.

Criminals have flocked to the late hours of the evening and early hours of the morning for decades because it leveled the biological playing field for them in so many ways.  They used the veil of darkness to cloak their crimes.

Taking back the tactical advantage is a simple as equipping your officers with night vision and perhaps an illuminator. Advancing the technology further, officers can absolutely dominate darkened scenarios by adding IR pointers to the mix.

By being able to illuminate, see, and communicate in the world of darkness, officers can finally achieve the advantage and level of safety they need.

Want to know more about Steiner-Optics?
Get info
Tweets by SteinerBinocs