'Never quit, never': An officer's journey from a childhood dream to reality

How to buy WMD-detection equipment (eBook)

Photos: Police officers celebrate the holidays by giving back to their communities

How to stabilize a fracture

Are PIOs confusing expectations with requirements?

BATTLE CREEK, Mich. — A Battle Creek officer shot a 14-year-old who was showing a gun, police — though that weapon turned out to be fake.

Officers were first called to the area of South Washington Avenue and Upton Street around noon Saturday after reports of a man with a gun walking next to a woman, according to a release from the Battle Creek Police Department. The subject, who witnesses said was carrying a black pistol, then started running through some bushes toward a party store on the corner of Washington Avenue and Grove Street, officers were told.

An officer who saw the subject ordered him to show his hands, at which point the subject "produced" what looked like a large-caliber handgun. The officer fired one shot at the subject. The subject dropped the gun and took off. Officers found him not far away with a gunshot wound. The gun was not real, officers found, and was actually a replica Smith & Wesson semi-automatic handgun. 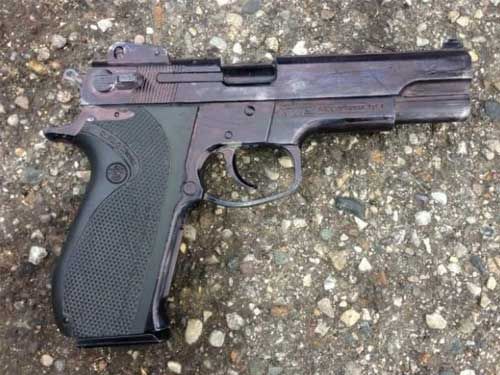 How to buy WMD-detection equipment (eBook)

Suspect, 16, charged as adult for shooting at Wash. sheriff's deputy