How to buy vehicle equipment (eBook)

Kathleen Dias on the threats facing rural officers in 2022

Plan early and prepare your gear for mutual aid deployment

LEO Near Miss: Lucky, but safe would be better

Digitize, synchronize and mobilize: How to develop a digital incident response playbook

Poll call: Do you believe schools are safer if teachers are armed?

'No scenario at the academy for this one': Top quotes from Police1 news this week

Could a product for hunters help prevent blue-on-blue shootings?

Before founding Safe Shoot, based in Tsipori, Israel, Amir Nadan was deputy inspector general for military auditing and currently is a reserve general in the Israeli Defense Forces (IDF). His other execs are a Reserve Lt. Col., and a retired Major in the USMC. Yeah, they probably know something about guns and friendly fire.

Using an array of sensors and Radio Frequency (RF) communication, Safe Shoot modules on each shooter’s long gun automatically detect the position and barrel direction of all member devices. If there is a high risk of friendly fire, the system will alert the parties involved.

This revolutionary first-generation product is being marketed to hunters with a MSRP of $399 per pair. The idea is that all the hunters on a trip would attach a Safe Shoot unit to their long gun to prevent hunting accidents. If that 12-point buck that you can barely see turns out to be another hunter, your Safe Shoot unit will light up red, warning you to not pull the trigger. 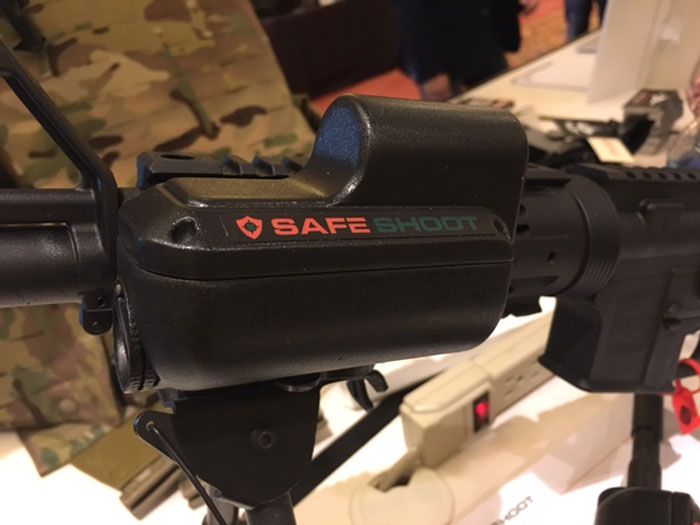 The Safe Shoot module mounts to the barrel of your long gun. (Photo/PoliceOne)

But hunting is just the first application for Safe Shoot. Nadan believes that his device easily can be repurposed for military or law enforcement, allowing shooters to determine whether team members could be in danger if they take a shot. And since the technology doesn't require line of sight, it can help you to determine who is around the corner, or coming through that door or window before you pull the trigger. Police1 authors would rather not write more articles like this one.

Since every device has a unique serial number that can be read remotely, a command and control system (not yet developed) could let a mission leader know where every one of his people are and in which direction their muzzles are pointed. Should a Safe Shoot-equipped firearm be lost or stolen, the unit can be removed from the “family,” thus rendering it useless. 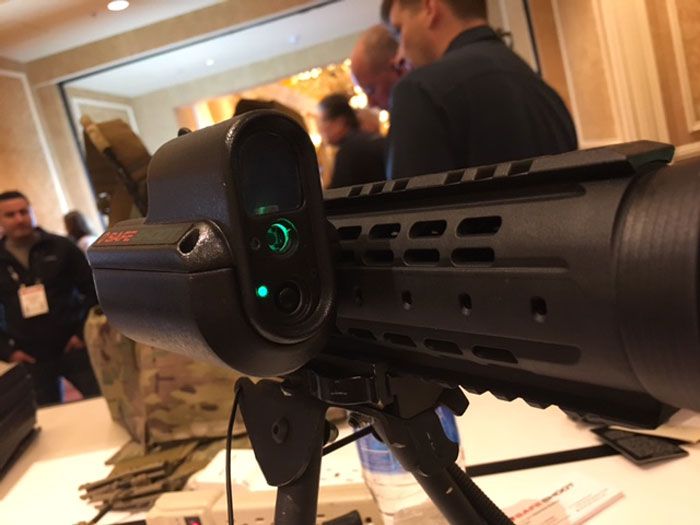 If the light is green, your team members are not in danger if you take a shot. (Photo/PoliceOne)