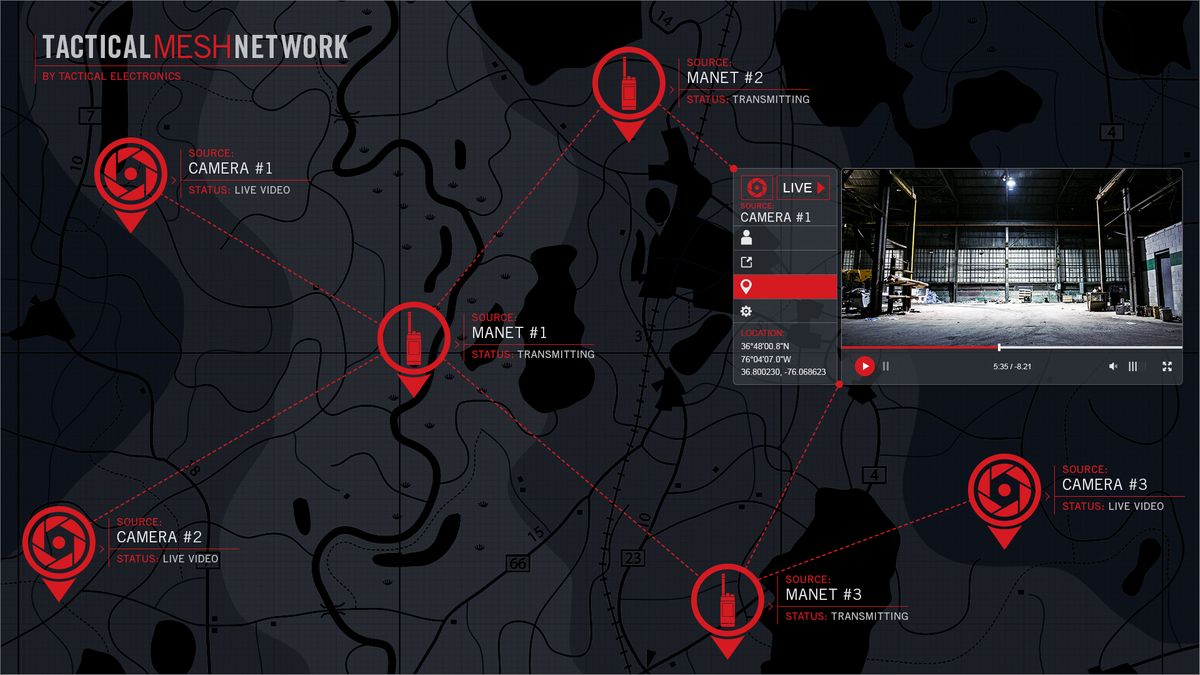 The CORE cameras offer IP-based networking over USB connection.  This feature allows CORE cameras to inter-operate with third-party radios that are also IP-based.  A USB adapter may be required to interface with the third-party radio (for example, a USB-to-Ethernet adapter, if the radio has an Ethernet port).

This integration now allows operators to view secure video from the CORE Cameras during a wide range of tactical operations, anywhere in the world using the compatible radios. If you are interested in learning more about this feature or would like to discuss compatibility with your current radios, please contact us!

Want to know more about Tactical Electronics?
Get info