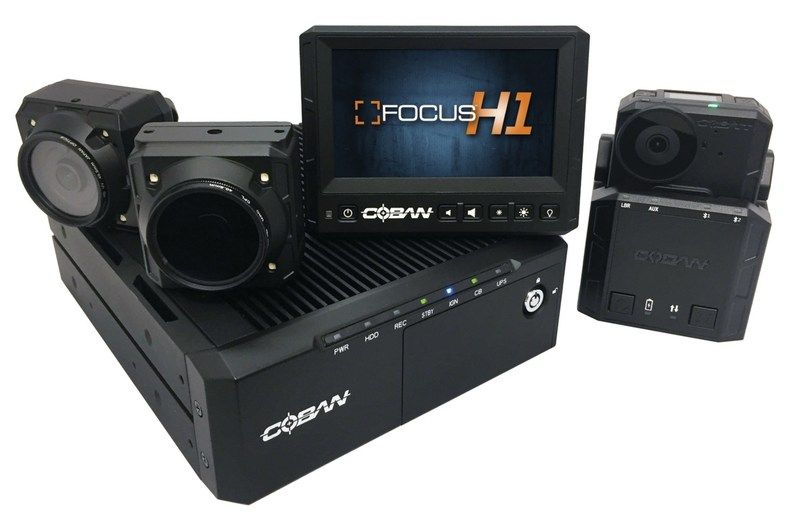 Current police dash cam systems typically only record video or ship the video back to the cloud for analysis. The FOCUS H1 system is different. Video is analyzed live from inside the car, allowing for new applications and much faster responsiveness. COBAN plans to support a variety of third party applications on the FOCUS H1 that will allow agencies to identify a wide range of objects, such as vehicle make and model, faces, weapons, dangerous movements or behaviors, and other artificial intelligence-based applications. Over time, the system can be trained to find new objects as police agencies identify new crime-fighting needs.

The live video analytics improve officer awareness of their surroundings, increasing officer safety and efficiency. This increased awareness also improves public safety, reducing the amount of time to address live police incidents and lessening the likelihood of potentially dangerous interactions between the public and law enforcement.

"In-car real-time video analytics have the potential to make policing more efficient, but more importantly, the technology can help with our efforts to reduce crime and the fear of crime in our community," said Sgt. Daniel Gomez, Officer in Charge for the Los Angeles Police Department's Tactical Technology Section. "We see this type of technology improving how we serve the community in the future."

COBAN will unveil the new police dash cam system during the 124th Annual International Association of Chiefs of Police (IACP) Conference and Exposition October 22-24 at the Pennsylvania Convention Center in Philadelphia. The FOCUS H1 system will be showcased in IACP booth 2837 mounted inside an actual Los Angeles Police Department cruiser.

"More importantly, these new applications don't have to be provided just by COBAN. Unlike 'closed' systems, we want to work with independent software developers and other companies to improve public and officer safety. We envision software developers creating even simple applications that, for example, help officers reduce onerous tasks to save time. We see the police cruiser as far more than a vehicle. We see it as a real-time investigative tool and hub for digital evidence."

Other important capabilities of the system include advanced features and ruggedness. Police departments can't afford to miss recording important evidence. COBAN drew from its deep industry experience to build a system that reliably captures digital evidence in the mission critical, harsh environments of a police car.

Serving as a digital evidence hub, the FOCUS H1 consolidates digital evidence from multiple sources, including up to six HD quality cameras, body cameras, and other sources. Tested to tough military environmental standards and equipped with redundant drives, the FOCUS H1 operates in hot and cold climates and preserves back-up copies of all evidence. It is also fully integrated with existing DVMS and COMMAND digital evidence management software suites.