Lenco BearCats save lives across the country

This past week, Lenco BearCats were used in two very different roles and were credited with saving lives in both scenarios. 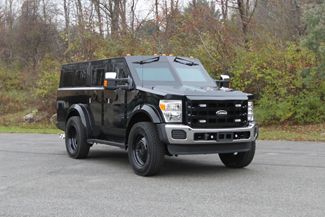 BearCat over 20 hits from a high-powered rifle. Sheriff Dave Harkins from Gloucester Township called our office to express his sincere thanks for the ballistic defeat capabilities of their BearCat armored vehicle and keeping his team safe in a barricaded suspect call-out. The SWAT team inside the BearCat kept their cool under heavy gunfire as they negotiated with the suspect to come outside and talk. The incident ended without the team firing a shot while the BearCat provided them safe harbor as the gunman repeatedly lit them up on the front lawn of an apartment complex. 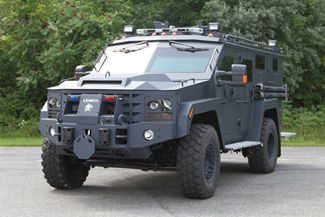 On the opposite coast, mudslides were causing havoc to fire-ravaged hillsides in Santa Barbara County, California. We received a telephone call from Doug Jones at the Sheriff Department to let us know their G-3 BearCats were involved in dozens of rescue and evacuation operations, going places even the Fire Department couldn’t get to. The BearCats were able to muscle their way thru mud, slop and over boulders to evacuate stranded homeowners from second story windows and bring them safely to higher ground.

It is gratifying to receive these heartfelt phone calls, telling us how well the BearCat performed. It makes all of us at Lenco proud of the dedicated First Responders who heroically demonstrated their mission to Protect & Serve. It also makes us proud to have helped play a role in the successful completion of these missions. Your success is also our success -- because we feel we’re in this together. We realize you trust Lenco to safeguard your lives in ballistic attacks and to provide the best-performing Armored Response and Rescue Vehicle possible. Because that’s our mission, and our calling. And we want you to know, as you approach each threat be it man-made or natural disaster - you can count on Lenco to have your back.

About Lenco Industries, Inc.
Lenco Industries designs, develops and manufactures armored security vehicles for law enforcement, military, government and private security forces working to safeguard our nation’s homeland security as well as allied nations around the world. Lenco’s client base includes the nation’s most prestigious law enforcement agencies, with BearCats in all 50 states and 98% of the top 100 cities. Lenco is a supplier to the US State Department, Department of Energy, ATF, US Marshals and other high profile government agencies. Lenco’s product line includes the G-Series and X-Series BearCats, with several variants for SWAT, Response, Medical Evacuation, Fire Response and Diplomatic Transportation. For more information, visit www.LencoArmor.com.

Want to know more about Lenco Armored Vehicles?
Get info