How to buy radios (eBook)

Promotion interviews: 6 steps to put you above your competitors

Rethinking the oral board: The unconventional interview

Book excerpt: A Preparation Guide For the Assessment Center Method

10 things you can do to improve your voice commands

When the milk run goes bad: Are you ready for trouble off-duty?

A video for wellness reform: 'PTSD911'

4 LEOSA cases and what they mean for your concealed carry

Recently introduced legislation – the LEOSA Reform Act – would expand where current and retired officers can carry a concealed firearm, as well as reform the qualification standards for retired officers to ease superfluous burdens for anyone carrying in accordance with LEOSA. Listen to this episode of the Policing Matters podcast to learn more.

The Law Enforcement Officers Safety Act (LEOSA) allows qualified active and retired law enforcement officers to carry a concealed firearm in any jurisdiction in the United States. The law was intended to improve response to threats in public, and to allow current and former LEOs to protect themselves against criminals they may have had past dealings with.

Am I a qualified active officer?

As a refresher, here’s are the conditions that an law enforcement officer must meet to qualify for protection under LEOSA:

Why it matters: In a 2 - 1 decision, the U.S. Court of Appeals for the Washington D.C. Circuit extended the right of retired law enforcement officers to carry concealed weapons under LEOSA to retired corrections officers.

The Facts: Four retired D.C. correctional officers from the D.C. and Maryland area sought to carry concealed weapons because they “frequently encountered former inmates in public.” They allege that under the LEOSA, they are qualified retired law enforcement officers who each retired in good standing after working for ten years or more for the D.C. Department of Corrections.

The appellants applied to receive the required firearms certification from a qualified instructor, but were denied on the grounds that a career as a correctional officer did not fulfill the criteria and definition required by LEOSA because D.C. law gave correctional officers neither law enforcement status nor “arrest authority.”

Conclusions: Each appellant worked at least 10 years for the Department of Corrections, and each officer carried a photo ID confirming their retired status. The courts decided that because their roles as corrections officers gave them the authority to “arrest and apprehend, and to act in a law enforcement capacity,” they indeed qualified to be protected under the LEOSA.

Why it matters: The Court declared private security guards are not protected by LEOSA.

The Facts: James Roger Thorne of Washington, D.C. was convicted for carrying a pistol without a license, possession of an unregistered firearm, and unlawful possession of ammunition.

The Court held that private security officers were not given the right to carry concealed weapons under LEOSA. (Photo: Ad Meskens)

Thorne worked for a company called Alexandria Security Patrol Corporation, which hired him as a “special conservator of the peace (SCOP).” His job description offered him some authority to act in a law enforcement capacity, including the power to make arrests and to carry a gun on duty. Because of his job, the defendant argued that he should be protected from prosecution for carrying an unregistered firearm and ammunition by the LEOSA.

Conclusions: The defendant was employed by the Alexandria Security Patrol Corporation, which the court decided was a private business entity and not a branch of government. Because the defendant did not demonstrate that he is an employee of a governmental agency, he is not entitled to the protection of LEOSA.

The People of the State of New York vs. Benjamin L. Booth

Why it matters: Before the LEOSA was amended in 2013 to include qualified military personnel if they possessed an approved photo ID, this case affirmed the privileges of Coast Guard members to carry concealed weapons if they met other criteria.

The Facts: Defendant Benjamin L. Booth was stopped for driving 40 mph in a 30 mph zone. An officer searched his vehicle and found a loaded Glock handgun under the driver’s seat. The magazine contained 12 rounds, with an additional round in the chamber. The defendant stated he did not have a license to possess a firearm.

After being arrested, brought to the station and being read his Miranda rights, the defendant stated that he had received a waiver from the Coast Guard to use the firearm to practice shooting.

Conclusions: Although the defendant broke the rules of the U.S. Coast Guard by possessing a handgun without a license, he is exempt from prosecution from New York State Law as a result of LEOSA. The evidence presented at the hearing showed that Booth was a qualified LEO who possessed photographic ID issued by the Coast Guard. As the defendant was fully qualified as an officer of the law and met all of the necessary criteria outlined by LEOSA, he is exempt from prosecution.

The People of the State of New York v. Arthur Rodriguez

Why it matters: Though constables are elected officials and paid as “independent contractors,” the Court decided they were employed by the executive branch and thus qualify for LEOSA privileges. This case showed that the court was willing to take a broad definition of what qualified as a law enforcement official.

The facts: Arthur Rodriguez was a full-time construction worker who was also employed as a Pennsylvania State Constable: an elected position that was essentially paid like an independent contractor. He was arrested in New York City for the criminal possession of a weapon. 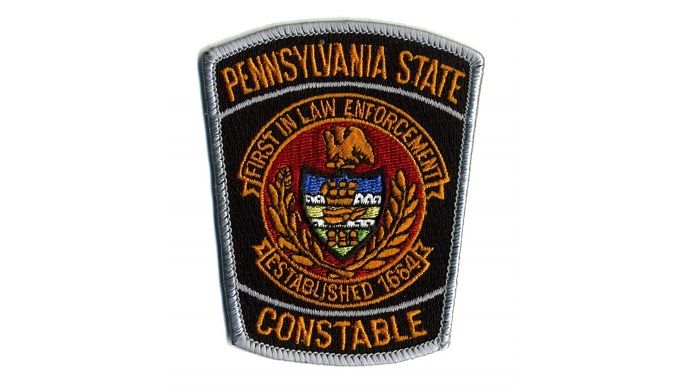 The People vs. Rodriguez was one of the first cases to be raised under the then-novel LEOSA provision. (Photo: Dave Conner)

Rodriguez testified that he was qualified, certified, and authorized to carry a weapon in his home state, and as a constable, could make arrests and enforce the law.

Conclusions: The Court dismissed the charge after applying LEOSA to these guidelines. According to their opinion, Rodriguez qualified as a government employee and was thus protected from prosecution by the State of New York.

Though LEOSA was meant to be interpreted broadly and supersedes most state and local laws, many people have gotten into legal trouble for possessing a firearm while mistakenly thinking they were protected by the act. Don’t be next!

'These dogs are not only dogs; they're family': Bill inspired by fallen Mo. K-9 officer moves forward