Book and release: 12 reads for a cop's next book club

What did you struggle with the most while in the police academy?

'When I think about how close I came to leaving my gun behind, it scares me.'

9 LE strategies to win the fight against opioids

2 cops suspended for prank, third may be fired

SOUTH BEND, Ind. — An interim chief is asking for an officer to be fired after he allegedly interfered with an internal investigation stemming from a prank by two other officers.

The probe was launched after it emerged that two officers who frequented a  7-11 during their shift would often pay the cashier for completing tasks they had assigned, like eating a spoonful of cinnamon or a large amount of saltine crackers. 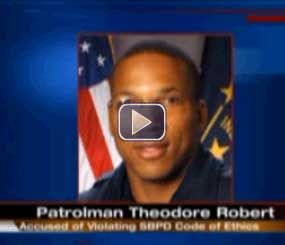 After an internal investigation, interim Police Chief Hurley suspended the officers, Eric Mentz for one day and Aaron Knepper for two for pulling the prank, according to WSBT.

A third officer — Theo Robert — allegedly returned to the gas station twice after the investigation began, asking for surveillance footage to be released.

The incident happened last summer, but details have only just emerged.

Hurley recommended Robert’s termination because of his history on the department. He served a 30-day suspension after a July 2010 incident when he punched an inmate at the St. Joseph County jail.