How to buy specialty vehicles (eBook)

Book excerpt: How meta-awareness can inform and maintain situational awareness

Dr. Eric Piza on using bodycam video to determine use of force predictors

The unwritten rules of trading shifts

Was the Tampa chief just exercising the privilege of professional courtesy?

Reading recommendations on risk management: A roundup of top texts

Addressing the issue of ‘wandering cops’

The pros and cons of the Invest to Protect Act

5 domestic terrorism threats you haven't thought of in a while, but are still here

While much of the attention has been focused on foreign terror organizations, it's important to remember the threats posed by domestic terrorism groups

Police officers are on the front lines in the fight against terrorism in the United States. While much of the attention has been focused on foreign terror organizations like the Islamic State and Al-Qaeda (and the lone wolf terror attacks by domestic actors inspired by them), it’s important to remember the threats posed by domestic terror groups that don’t always dominate the headlines.

According to a 2015 study by the Triangle Center on Terrorism and Homeland Security, most police agencies view anti-government violent extremists – not radicalized Muslims – as the greatest threat of political violence they face. In that same study, eco-terrorism ranked third, right below violent extremism inspired by Al-Qaeda. Here are five threats you should know. 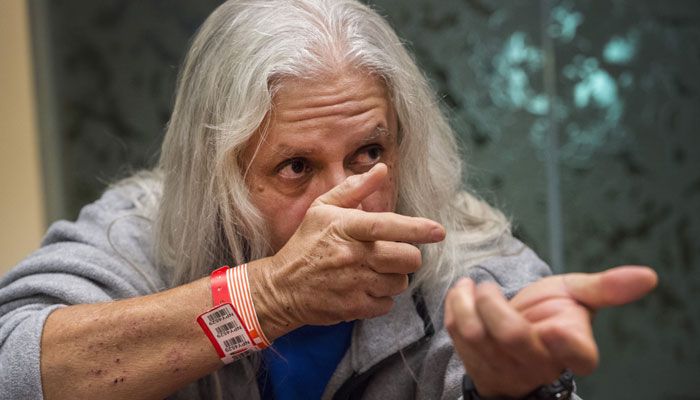 The Army of God is a Christian extremist organization linked to multiple incidents of anti-abortion violence spanning over decades. Formed in 1982, members of the terrorist group are notorious for the bombing of abortion clinics, acts of kidnapping, murder, and attempted murder.

One of the most well-known incidents of violence tied to the group was the 2009 assassination of physician George Tiller, who was shot to death while serving as an usher during a service in his church. He was targeted for performing late-term abortions.

The Army of God recently made headlines in 2015, when Robert Lewis Dear, Jr. opened fire in a Colorado Planned Parenthood clinic. A police officer and two civilians were killed. Five officers and four civilians were wounded. Dear told police "no more baby parts" after he was taken into custody.

While not directly affiliated with Army of God, Dear described its members as “heroes” years prior to the attack.

Donald Spitz, Army of God’s spokesperson, continues to run the organization’s website, where Dear is listed as a “hero who stood up for the unborn.” The FBI has been watching Spitz for over 20 years. 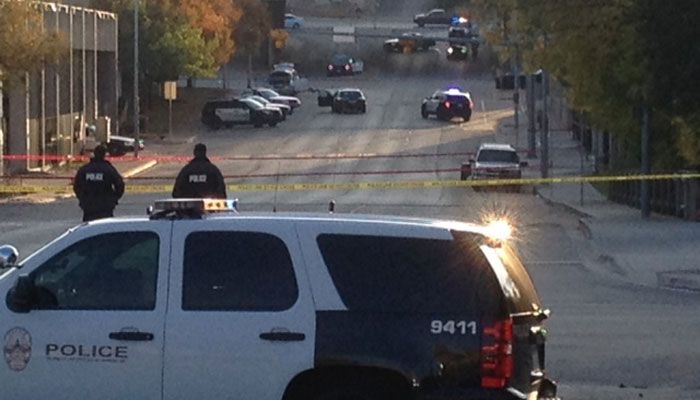 Police tape marks off the scene of a rampage in downtown Austin, Friday, Nov. 28, 2014, in Austin, Texas. (AP Photo/Jim Vertun)

The Phineas Priesthood is not a group, but a name for individuals who commit acts of violence based on ideology detailed in a 1990 book written by white supremacist Richard Kelly Hoskins. This brand of Christian terrorism lists interracial relationships, homosexuality, and abortion among its targets.

As the Southern Poverty Law Center outlines, the Priesthood does not have leaders, meetings, or a traditional membership process. Those who wish to become a Phineas Priest are ordained by committing a “Phineas action.”  Like many terror threats on this list, the lack of any formal organization makes predicting or thwarting an attack difficult.

Followers of the Phineas ideology are responsible for a number of violent attacks. Among them was a series of incidents in 1996, which included the bombings of the Spokane Spokesman-Review and a Planned Parenthood office, as well as multiple bank robberies. The FBI has been investigating the Priesthood for decades.

The Priesthood recently made headlines after a 2014 shooting rampage in downtown Austin. Larry McQuilliams opened fire on a number of buildings, including the Austin police headquarters and a federal courthouse. Over 100 rounds were fired during the incident, in which McQuilliams also attempted to burn down the Mexican Consulate. Police later discovered a copy of Hoskins’ book in McQuilliams’ rented van.

"What keeps me up at night is these guys," then-Austin Police Chief Art Acevedo said at the time of the attack. "The lone wolf."

Morris Gulett, the former leader of the Aryan Nations, launched a new extremist group in 2016 that incorporates the Phineas Priesthood emblem. 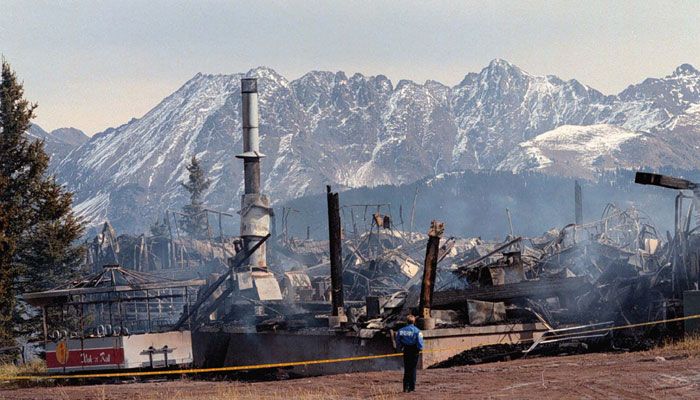 Defined as “eco-terrorists” by the FBI, the Earth Liberation Front is a decentralized domestic terror group responsible for a series of attacks that date back to the early 90s. The group is driven by a shared ideology of “economic sabotage and guerrilla warfare to stop the exploitation and destruction of the environment” and carries out attacks, most commonly in the form of arson and vandalism, in cells or individually. From 2001-2011, no group was responsible for more terrorist attacks on U.S. soil than the ELF.

Although the group’s activity has waned in recent years, these attacks have resulted in millions of dollars in damage. No deaths have been attributed to the ELF, but one FBI official told CNN in 2005, "Plainly, I think we're lucky. Once you set one of these fires they can go way out of control.”

Joseph Mahmoud Dibee and Josephine Sunshine Overaker, both affiliated with the group, remain at large and on the FBI’s most wanted list for domestic terrorism. They are wanted for a string of attacks across multiple states totaling over $48 million in damages.

The threat on this list that law enforcement officers are likely most familiar with is the anti-government sovereign citizen movement. Sovereign citizens follow their own interpretations of the law and disregard all others. Members believe most or all of the U.S. government operates without legitimacy.

Sovereign citizens are responsible for a number of attacks on cops. In 2010, two officers were gunned down at a traffic stop by sovereign citizens. In 2014, a married couple that identified themselves as part of the movement entered a pizzeria and murdered two cops who were dining there, leaving a note on one of the bodies that read, “This is the start of the revolution.”

The fatal 2016 ambush that left three officers dead in Baton Rouge was perpetrated by a man who declared himself a sovereign citizen.

Although the movement has no leadership or formal organization, the SPLC estimated as many as 300,000 Americans identified in some way as sovereign citizens in 2011. Terry Nichols, who had a role in the 1995 Oklahoma City bombing, was a member. 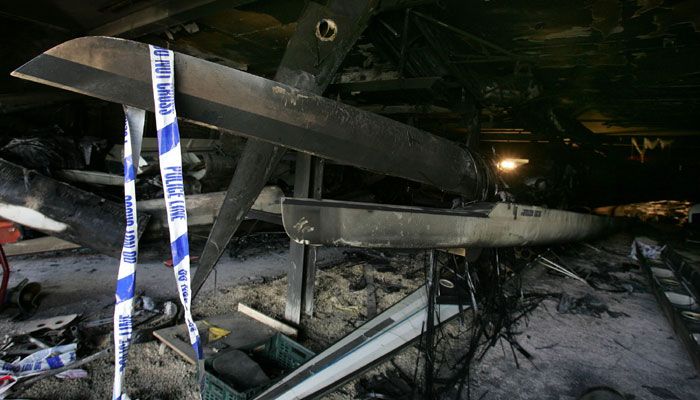 Closely tied to the ELF, the Animal Liberation Front is a terror group that engages in crimes, including arson, harassment, and vandalism, in the name of animal rights. Like the ELF, it is decentralized and carries out its actions via autonomous cells and individuals.

The American branch of the ALF began in the late '70s, and over the decades broke into sub groups. While no deaths have been attributed to the ALF, its members have committed crimes of increasing severity. From 2001-2011, the ALF was second only to the ELF for the most terrorist attacks committed on U.S. soil. Their targets have included food producers, biomedical researchers and law enforcement, according to the FBI.

The group is responsible for millions of dollars in damage. A few of their tactics include the mailing of letter bombs, food scares, and the use of incendiary devices. In one particularly disturbing incident in 2006, a UCLA researcher was targeted in an attempted firebombing, but the device was placed at the wrong home. The FBI told reporters at the time of the incident that the crude explosive, which did not go off, had enough power to kill the home’s occupants.

Man lures Calif. LEOs out of station, throws Molotov cocktail at them