How to buy police motorcycles (eBook)

Stinking thinking: How our thoughts determine how we feel

No seizure without submission: Applying the new Torres seizure doctrine

Why all cops should carry a lock-out kit

Should cops shoot to incapacitate?

5 tactics to protect your police agency from ransomware

Authorities say the San Antonio police officer who was fatally shot while writing a ticket in his squad car was Det. Benjamin Marconi.

Chief William McManus says an unknown suspect shot 50-year-old Marconi twice in the head. Marconi was a 20-year veteran of the force. 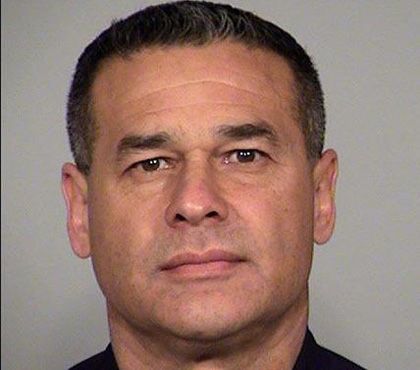 McManus says the suspect is considered to be "extremely dangerous and a clear threat" to both officers and the public. He says officers have been advised to not make traffic stops alone.

McManus said the officer had pulled over a vehicle and while he was inside his squad car writing a ticket, a vehicle pulled up behind him. He says the driver of that vehicle then walked up to the officer's driver-side window and opened fire.

He says he does not believe the original motorist pulled over had any relationship to the shooter.

SAN ANTONIO — A San Antonio police officer writing out a traffic ticket to a motorist was shot to death in his squad car Sunday outside police headquarters by another driver who pulled up from behind, authorities said.

San Antonio police Chief William McManus said the suspect is not known and has not yet been apprehended. A motive is not known.

"This is everyone's worst nightmare," he said.

McManus said the officer had pulled over a vehicle and while he was inside his squad car writing a ticket, a car pulled up behind him. He says the driver of that car got out, walked up to the officer's driver-side window and shot the officer in the head. The man fired a second time, then walked back to his car and drove away, McManus said.

The officer, a 20-year veteran of the force, was pronounced dead at a hospital.

The shooting came less than five months after a gunman killed five officers in Dallas who were working a protest about the fatal police shootings of black men in Minnesota and Louisiana. It was the deadliest day for American law enforcement since Sept. 11, 2001.

Ten days after the Dallas attack, a man wearing a ski mask and armed with two rifles and a pistol killed three officers near a gas station and convenience store in Baton Rouge, Louisiana. And earlier this month, two Des Moines, Iowa-area police officers were fatally shot in separate ambush-style attacks while sitting in their patrol cars.

"It's always difficult, especially in this this day and age, where police are being targeted across the country," McManus said.

Texas Gov. Greg Abbott called the slaying a "horrific act of violence." Abbott said in a statement that "attacks against law enforcement officers will not be tolerated in Texas and must be met with swift justice."

San Antonio Mayor Ivy Taylor extended condolences to the family of the slain officer and the entire police force.

Some streets downtown were blocked off with police tape as officials investigated the slaying.

COPS (Concerns of Police Survivors) provides resources to assist in the rebuilding of the lives of survivors of law enforcement officers killed in the line of duty.