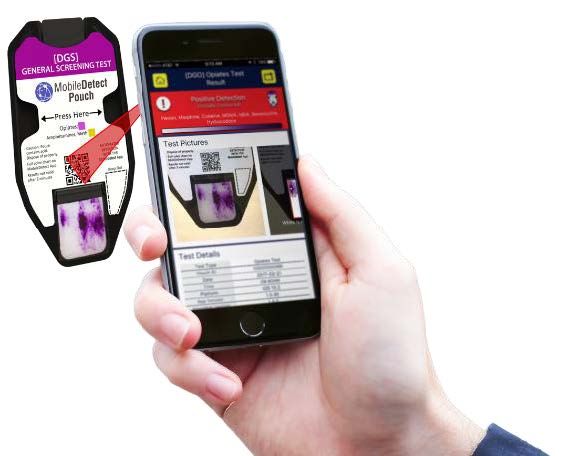 “The MobileDetect fentanyl pouch fits a long sought-after trace detection need that all in the first responder community need to be aware of. MobileDetect is a game-changing solution at a price point that is affordable for any and all responders,” says Christina Baxter, former CBRNE Program Manager with the U.S. Department of Defense and current CEO of Emergency Response Tips, LLC.

Drug detection on your smartphone. Enough said. MobileDetect is available now through the Apple and Android app store and can be downloaded for free with five test scans included. Contact DetectaChem for full license pricing options.

About DetectaChem
DetectaChem is a Texas, USA-based privately-held company and manufacturer of rapidly deployable, handheld, intelligent, and easy-to-operate detection systems. Our products enable threat detection for safety and security operations throughout the world. DetectaChem products are simple to use and maintain, yet sophisticated in function and design. DetectaChem takes pride in being fierce supporters of law enforcement, first responders and the U.S. military.