The use of straight, side-handle and collapsible batons in modern law enforcement

Though the baton used to be a fixture of law enforcement equipment, its use has been phased out by modern officers in favor of other less-than-lethal options like TASER weapons and pepper spray.

Wooden straight batons
Wooden billy clubs, truncheons, batons, espantoons, and fire axe handles were among the first weapons to be issued to law enforcement. They’re still considered by many to be among the most useful and reliable tools carried by police officers.

Mastering the straight baton was once a point of pride for officers, who used them for communication, guiding traffic, and detaining suspects. In the Victorian Era, English ‘billy clubs’ were individually decorated with the Royal coat of arms to denote their service to the crown, and often marked with the initials or family crest of the user.

From the beginning, police forces were discouraged from using their baton to deliver dangerous strikes to criminals. However, the early wooden designs were incredibly sturdy and could cause bone breaks, concussive damage, and other serious injuries when applied to vulnerable targets on the body. 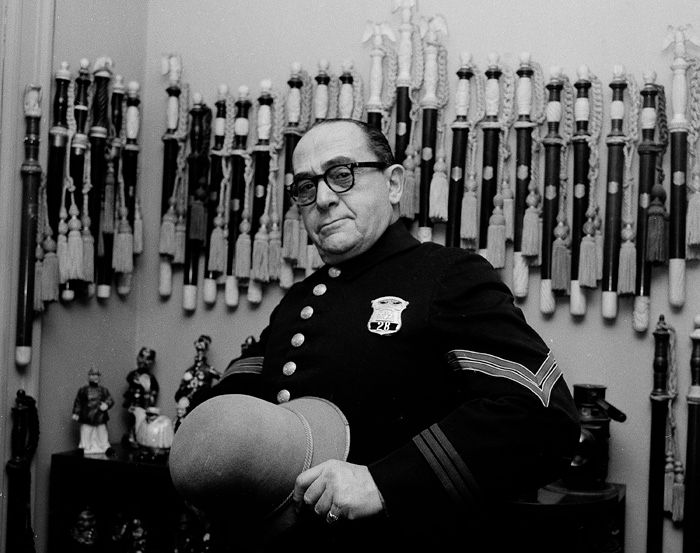 Ceremonial police batons were once presented to senior NYPD officers by the men under their command. (AP Photo)

This use of billy clubs carried over to American police forces, where Baltimore police units became famous for twirling their large wooden espantoons while walking their beats. Because these weapons were so formidable, the implied threat of violence would often stop a fight before it even started.

Unfortunately, overuse of the straight baton created a negative public image for the tool following the Civil Rights movement of the 1960’s. Televised images of the police force using their batons on minorities gave it a bad rap, and today, straight wooden batons are no longer standard issue in most jurisdictions. The only ones you’re likely to see on the street were grandfathered in, which means whoever’s carrying it probably has decades of police experience under their belt.

Side handle batons
The side-handle baton was introduced to American law enforcement in 1972.The most famous example of this is the Monadnock PR-24, whose iconic design and use by Los Angeles sheriff and police departments have popularized it for many departments across the country. 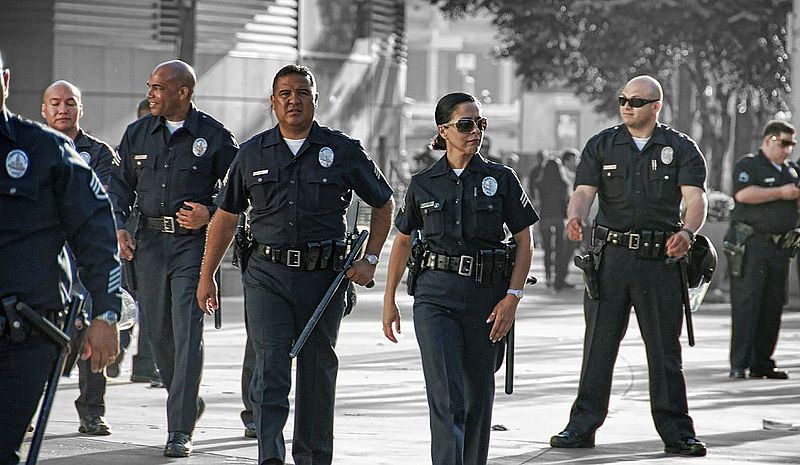 The PR-24’s design gave the baton the ability to be a defensive tool, rather than just an offensive striking weapon. Officers could use the side handle to hold the PR-24 like a splint, allowing the baton to block incoming strikes when the long end was braced against the arm. The “Y” gap created by the side handle and the short arm of the baton could also be used to control a suspect’s wrist, arm, or neck in a pinch. This shift from “beatdown weapon” to tool of self defense and control pushed many departments to replace the straight stick for side-handle batons.

The PR-24 is perhaps less intuitive to use than a straight stick, but offers more options for self-defense and crowd control with the proper training. It's also available in an expandable version to fit more conveniently on an officer's belt.

Expandable Batons
Founded in 1976, ASP Inc. is one of the oldest and most well-known manufacturers of expandable batons in American law enforcement. They’re so common that some cops will use the name “ASP” to refer to any expandable baton.

The expandable metal baton is perhaps the most popular version of the baton for law enforcement today. Ranging from 16” - 31”, the ASP is versatile and can be used for any duty assignment. It’s very light, which comes with its own set of pros and cons. Because of its weight, the ASP’s reload time is cut down and officers are able to deliver multiple strikes in a short period of time. On the other hand, the ASP might require multiple strikes to subdue larger attackers because of its stopping power. Heavier versions of expandable batons, such as the PeaceKeeper RCB, attempt to remedy this problem by making a sturdier, more robust baton.

Baton use declined in the late 20th century as other less-than-lethal options such as TASER weapons and pepper spray became more widely available. Despite their usefulness, many officers have stopped carrying batons because their use often requires more justification than other options.