If I had only one interrogation technique to use, this would be it

What cops need to know about cardiocerebral resuscitation

Flying the finger leads to a traffic stop, then a lawsuit

The value of a post-confession interview

In the aftermath of a mass-casualty attack, one of the fundamental things police leaders need to not lose sight of is the importance of relationships with the public and the press

At IACP 2015, a distinguished group of police leaders gathered to discuss a wide range of issues related to preparing and responding to violent extremists and their attacks. The panel — consisting of Charleston Police Chief Gregory Mullen, Chattanooga Police Chief Fred Fletcher, Ottawa Police Service Chief Charles Bordeleau, and Jean-Jacques Colombi, the chief of international relations for the French National Police — was moderated by Pierre Thomas, the Senior Justice Correspondent for ABC News.

Each of these law enforcers held key leadership positions during four recent attacks by radicalized individuals. In Charleston (N.C), it was a budding white supremacist who wanted to start a race war when he killed nine members of a predominantly African American church. In Chattanooga (Tenn.), it was a Kuwaiti-born naturalized American citizen who self-radicalized before he opened fire on a military recruiting station and then on a Navy Reserve Center. In Ottawa, the attacker was the son of a Libyan father and a Canadian mother who had connections with several other radicalized Jihadists in Canada before attacking the War Memorial and Parliament building there. In France, it was two brothers and a third man, all of whom had been radicalized to Jihad in prison before slaughtering journalists at a satirical magazine.

All About Relationships
The session covered everything from ISIS’s social media campaign to recruit young children in Western countries to commit acts of terror to how to appropriately respond to the types of mass casualty events these individuals aspire to conduct.

All four members of the panel repeated variations on the theme that you must create relationships with your public safety responder partners across different jurisdictions and within different disciplines. For example, in Chattanooga, the experience of Chief Fred Fletcher was that when all the responding agencies came together, there were no egos in the room — there were no jurisdictional turf battles. Every single person was laser focused on solving the problem. 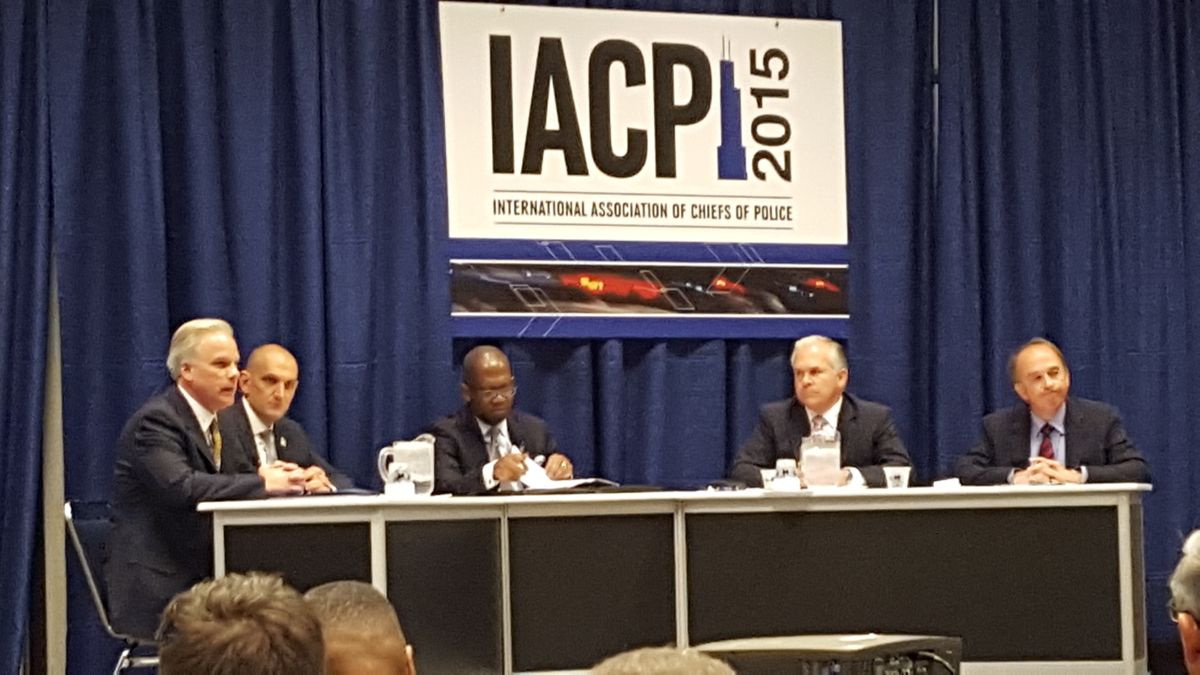 Ottawa Police Service Chief Charles Bordeleau said that while they have outstanding relationships with a vast number of police, fire, and EMS responders (roughly 60 entities have some manner of jurisdictional authority in Canada’s Capital city) they learned lessons on how to improve some of the areas of overlapping jurisdiction.

Having good relationships with other public safety entities is basic, no-brainer stuff. But one unexpected topic which permeated throughout was the importance of cultivating relationships with your community and local media before an event, and doubling down on devoting time and energy toward those relationships even as you are pursuing the parallel paths of intervention and the investigation which subsequently follows.

Charleston Chief Mullen opened the session with a prescient point about being prepared to help the families of victims of these attacks, as well as the community at large who are affected by such incidents. “Within an hour of arriving on scene, not only were we managing the investigative component, but we were also managing that community support component. If you do not have a family assistance protocol in your department, I would suggest that you would want to implement that,” Chief Mullen said.

Chief Fletcher added, “I would agree with Chief Mullen that care of the community cannot be over- emphasized. I would only add to that, that it starts before the incident occurs. Having been a new chief, I was very intentional about spending many of my first months getting to know my community. That paid dividends. We had relationships and I think that they knew me and my command staff so that when we were able to come out to say that they were safe and the threats were taken care of, that we had that relationship. We were also very fortunate that we had just started a family justice center, and we had hired some social workers and engaged some volunteers, so we were able to set up a support system for our community in addition to the actual families and police officers who were affected.”

Part of maintaining strong relationships is being direct and not withholding of information. Later in the session Chief Mullen said, “We were very out in front and open and transparent that this was in fact, in our opinion, a hate crime. We didn’t go into ‘We can’t really tell you whether it’s a hate crime or not — we don’t know about the legal elements.’ It was very clear to us very early on that there’s no evidence that a white male would walk into a church and shoot nine African Americans and have it not be a hate crime. I think that recognition and that honesty from the beginning had a huge impact on our community, especially our African American community.”

Mullen added that the relationships you develop with your local media partners will help you carry the day long after the satellite trucks from CNN and all the other national mainstream media have moved on to the next big thing. The first press conference Mullen held after the attack was strictly before his local media. By the time he held his second, the national press was asking questions, too. And they are very different animals.

“Make sure you take care of your local media partners,” Mullen said. “It’s important that you have that partnership. We had had significant relationships with them for some time now — nine years we’ve been in Charleston and we’ve been working with those affiliates for that period of time.”

Things got complicated when the national press — who were getting information from “unnamed sources” in Washington and other places — briefly created a rift between those local news people and the department. Chief Mullen had to explain to them that he was not the source, and was not dolling out information to one and not the other. Because he’d established nearly a decade of trust, he was taken at his word. And he redoubled his effort to make sure the local press was being given as much access as possible.

“In the days that came after, whenever we had an event — we had about 35 wakes and ceremonies that we had to manage — we always made sure that our local newspaper and our local TV stations were in the room. We looked after our local media, because we knew that in the days to come, when the national media had moved on the next story, those local media would be there to work with us on a daily basis.”

So when the satellite trucks left, Mullen was able to work positively with his local partners in the press to keep the citizens informed about what was happening in the case.

“To tell you how helpful our media partners can be, I’ll go back to the previous mass shooting we had,” Chief Fletcher said. “We had a gang member who was sort of a known hit man and he was on the loose. He had no regard for human life, and our media partners worked very hard with us to get the message out about that person and we took him into custody safely without police officers killing anybody and without him killing anybody else. I don’t think that would have happened without the partnership of the media. And I don’t think that partnership with the media would have happened had we not developed it and nurtured it prior to the crisis."

How Tucson police are saving lives with their IFAK program

IACP Quick Take: 8 tips for reducing stress for cops, their families, amid unrest