Common legal pitfalls that can cause problems for agencies

World-renowned expert Dr. Bruce Budowle talks about the current and future state of DNA testing as it's brought directly into the hands of officers

One phenomenon that all law enforcement professionals are familiar with is the so-called “CSI effect”, where popular fictional portrayals of policing work form the basis for the public’s expectations of what real police work is like, in terms of both the scope and the duration of an investigation. On most points, such as the ability to solve a complicated homicide in a day, what’s seen on television has little or no connection to what’s possible in the real world.

However, one new technology on the market has the potential to bridge the gap between how science actually works and how it’s shown on TV police shows. That technology is Rapid DNA analysis, which has the ability to generate DNA profiles directly from a police station or other field environment in minutes to hours. I recently sat down with forensic DNA expert Dr. Bruce Budowle to discuss one solution, GE Healthcare Life Sciences’ DNAscan Rapid DNA Analysis System, developed by NetBio, and the ramifications that systems such as DNAscan could have on how we conduct and use DNA testing during an investigation.

Q: Good morning, Dr. Budowle, thanks for speaking with us. I’d like to start by discussing a little bit about the recent history of DNA testing and how we came to the point where we’re now looking at field-based DNA testing as an integral component of investigations. 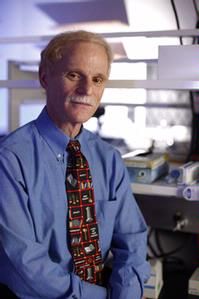 A:  Sure. Well, let’s look at what people call the “CSI effect”, which really began with the sort of Star-Trek, the tricorder-type instantaneous testing of materials shown on a popular science fiction show. Television depictions brought about the public perception of a rapid turnaround, or a culture of rapidity, when it comes to their view on the reality of scientific testing. That, in turn, has led to an expectation that what’s seen on TV is what’s actually done.

Traditionally, DNA typing has taken weeks or months to produce interpretable profiles. However, in recent years that time has been reduced to days as a result of advances in technology. Simply completing the necessary paperwork takes a significant amount of time. However, if we could acquire DNA typing capability in the field, which is now being accomplished with systems such as GE Healthcare’s DNAscan System and others like it, that timeframe could be reduced to hours or even minutes.

As we know, there’s a common perception that the shorter the time that transpires between an incident and an arrest, the more likely it is that an arrest will be made and a successful prosecution will follow. But it’s only possible to get a hit in the CODIS system if someone acts to initiate a search. Bringing the DNA typing time down to hours or minutes may increase the likelihood of success due to an increased ability or desire to act on the information.

Q: So what is the real-world impact of solutions like the DNAscan System on DNA typing and matching? Are we seeing a replacement of the more traditional lab-based analysis that we use now?

A: No, it’s more of an augmentation. Currently, the way that matches are made with CODIS involves a technician taking a sample of DNA and sending it to a laboratory for matching. At this time that process can’t be replaced as the definitive means by which a sample result can be considered reliable, because controls are in place in a laboratory environment, and lab protocols are heavily weighted in terms of being proven, consistent, and reliable. Therefore, rapid DNA typing initially will be used on a more limited basis.

What systems like DNAscan do, through advances in microfluidics and pre- and post-PCR processing infrastructure, is provide the ability for anyone with a minimal amount of training to conduct what we would call a “reference” sample profile right within a police station or other field environment. By having a cassette containing all of the necessary reagents and processing channels, and with embedded RFID to ensure the integrity of the sample as it is processed, you actually significantly reduce the cost to conduct this testing outside of a laboratory setting.

The process isn’t going to bring you 100% performance, of course, but it’s worth noting that the FBI laboratory’s reported performance for initial typing of database samples is around 70%. We make arrests based on probable cause, which is based on our evidence and information; obviously, more information is better. DNA typing within the current CODIS system allows you to have a 1-allele mismatch and still make the correct association with a vanishingly small chance of a false association. Testing conducted in systems for rapid DNA analysis would have this same tolerance. However, the sample would still need to be vetted by traditional means, at least for now, if proceeding for a conviction.

So what systems such as DNAscan would actually do is put more capability into the field for early DNA assessment as part of an investigation and for development of probable cause for an arrest. In effect, by enabling more people with less need for specialized training to conduct DNA typing, this investigative tool could be used not only in cases that would qualify for entry into CODIS but also in non-qualifying cases involving individuals whose actions nonetheless have a significant negative impact upon the community.

Q: Given all of that, what do you see as the future of DNA testing as a system for law enforcement?

A: Well, is admissibility of this field sample in court critical to whether we choose to put these field-based systems in place?  Not likely, at least not initially. What systems like DNAscan are likely to do is make it possible to create a more local DNA typing resource with a faster response. Right now, CODIS and its related systems are relatively slow and are not very responsive to changes that would improve their infrastructure. These systems must become more dynamic, and having field-based reference capability will drive this change for many good reasons.

Do we even need to hook into CODIS to be able to use these Rapid DNA analysis systems for local purposes, for example, in crimes that are high-impact but not necessarily high-profile or even in everyday police work?  Not really. These types of systems have the potential to increase the number of local crimes that may be solved.

It’s true that the use of systems for rapid DNA analysis will impact the entire structure of CODIS. However, that change is needed to meet the ever-increasing needs of agencies’ constituents; that is, the structure must be able to change to meet the needs of a community. Eventually, we may go in a similar direction to disaster medicine, where entire laboratory results can be gleaned from a very small, hand-held device (point of care) that uses different cassettes (similar to those used in DNAscan) with sufficient reliability to begin better informed treatment of a patient.

Although it’s not practical to bring a DNA lab to every police station, in no small part due to the cost and training required, field-based devices such as the DNAscan System can be useful tools for reference sample acquisition, which leads to an arrest or other result and  is followed up by a more definitive examination of DNA evidence. Driving the development and use of technology for Rapid DNA analysis is the promise of process automation, which will lead to increased quality and reduced reliance upon highly specialized expertise before action can be taken.