Use Online Courses to Save on Overtime and Travel Costs

24/7 Access, Allowing Your Officers to Train When It’s Convenient

By Erica Quiroz
The Caller

CORPUS CHRISTI — The last time Corpus Christi Police Chief Floyd Simpson was trained on how to complete a felony traffic stop was in 1985.

“I went through the training once, and that was it,” Simpson said. “No one ever retrained me.”

Simpson doesn’t want his officers to have the same experience.

To keep their training fresh, Simpson launched “Every Day is a Training Day” last week.

The initiative uses Police1 Academy, an online video training system that offers more than 500 videos and courses, that can be viewed anytime.

The training software also is used by the Port of Corpus Christi police department, according to the academy’s website.

The courses can be completed at the officer’s convenience such as during their downtime in patrol cars, at their desks or at home, Simpson said.

Officers are required to complete 40 hours of training every two years, which is required by the state. It’s normally completed at the training academy on Corona Drive, Simpson said.

Simpson said the videos will reinforce curriculum officers have covered while attending the police academy or during an in service exercise.

“We’re not trying to use this as a way to replace training, but to augment and reinforce what officers have already learned,” Simpson said.

Once an officer completes a training course, they are tested on the topic and must answer a certain percentage of questions correctly to move on to the next segment. If they do not pass the quiz or test, they must re-watch the video again and retake the test to receive full credit. The hours are then submitted to the Texas Commission on Law Enforcement Officer Standards and Education, a state regulatory agency, Simpson said. 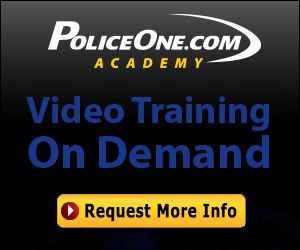 Simpson also said keeping a record of their training is a good risk management tool.

“If training records ever come into play for any reason, we can show how much training an officer has had, and the last time they’ve done it,” Simpson said.

Capt. Bill Breedlove, director of training for the police department, said before the initiative started, officers received some ongoing training through briefing meetings.

Breedlove said the length of each video depends on the topic. The longest video lasts an hour.

“Officers can break those down into segments, stop and then complete the training from any computer to finish it,” Breedlove said.

Officer Samantha Baldwin who patrols in the Delta district, said she likes the convenience of working through the courses at her own pace.

Baldwin sat in her patrol car Thursday afternoon to demonstrate how to finish a course and took a five question quiz about physical fitness.

“I haven’t found time to do it during a shift yet, because I work at night and on weekends, and that’s the busiest time for us,” Baldwin said. “But I like that I can do them at home and it wouldn’t take away time off the street.”

Baldwin graduated from the police academy about a year and a half ago, and said she tries to complete eight hours of training a month.

“I never want to stop learning,” Baldwin said. “I think it’s good to seek more training than what is available locally, and this can help me do that.”